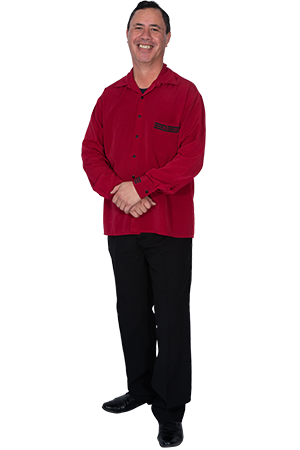 As well as working on our ongoing English and Māori video productions, Adrian also offers innovative ideas for our products and services, including interactive immersive 360° video content development, bilingual LEARNZ field trips, and as a crew/tech team member for live streaming and CORE events.

As a young fellow back in the 70’s and 80’s my four brothers, sister and I grew up in Cannons Creek, Porirua where we kept ourselves occupied mostly on the adjacent sport fields and from time-to-time attended various marae events up and down the south-western coastline of the North Island.

During those early years our preferred go-to TV shows and movies were Logans’ Run, BattleStar Galactica, WKRP in Cincinnati, Beyond 2000, International Rugby, Bruce Lee and Star Wars; a mix of radio, sitcom, drama, sports, action films, and futurist and innovation genres that by default continue to influence my mindset to this very day.
With that being said however, and as a young graduate from a private catholic boarding school – Hato Paora College in the late 80’s – TVNZ became my life and I flourished in the technical application of film and television production.

This career move exacerbated my childhood interest in futuristic technologies hence, I tend to have a huge appetite for emerging tech especially in the broadcast, digital visual space where immersive technology for me previewed a glimpse into our future some 30 years ago while at TVNZ.