Pīkau 10: Getting programs right. The end-user, and fast algorithms

Have you ever been frustrated while using a computer, even for what seems like a simple task? Has it ever been unclear to you what the correct response is for what you want while using a digital device of any kind? If so, that’s probably an example of poor computer interface. See if this video raises any familiar issues.

There are three main ideas from progress outcome 4 that we’ll explore in this pikau: human-computer interaction (HCI), the idea of “selection”, and a little more on debugging. 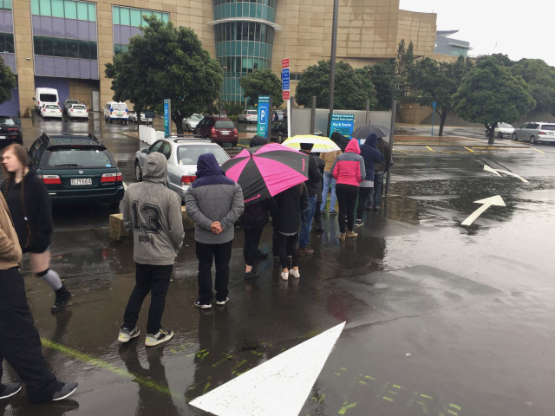 If you’ve ever been frustrated by the interface on a digital device, you’ll have encountered why HCI is an important area. Think of a digital device where the interface has got in the way of what you needed to do. Perhaps a parking meter or an online transaction? The one in this photo was hard to use, and people had to queue a long time in the rain as each user tried to figure it out. There are so many digital interfaces that we work with, and we’ll start to explore how important it is to get them right.

The second idea we’ll look is a very common construct in programming called “selection”. If you’ve used the “if” command in a spreadsheet or programming language, then you’ve used selection. It’s used any time you need a program to take a different action based on some requirement, such as the age of the user, the current time, or even just if a checkbox is checked. Selection is one of the six key elements of a programming language from the previous pīkau.