The idea of a loop in programming is very powerful - in just a few commands you can get the computer to do hundreds, or even millions, of operations. This could involve getting it to look at every pixel of the millions in a photograph, locating someone’s information where there are millions of names stored in a database, or processing all the purchases that customers have made in one day. This is where we go from having a device simply follow some one-off instructions, to doing them over and over, day after day.

We’ll also look in more detail at how to get input from the user, and storing the input so that we can do interesting things with it.

Remember that this is a readiness programme. In this pīkau we’ll be spending less than an hour on these ideas. We won’t be able to fully cover everything there is to know, but we’ll get you started.

At this level our main goal is that you understand the point of Progress Outcome 3 in the New Zealand Curriculum.

Also, there’s an important part of Progress Outcome 3 that we’re not covering here, but will be in a later pikau: “They understand that digital devices store data using just two states represented by binary digits (bits).”

The idea of binary digits is fundamental to how everything is stored on computers and is relevant to nearly everything in Digital Technologies, including programming, but it’s worth looking at on its own.

By the end of this pīkau you will have been shown how to:

The material we’re covering here builds on the previous pīkau about computational thinking. We’ll be looking in a lot more detail at what was covered in pīkau [LINK to EM-P7] What is programming, but we’re also building on the ideas in the first two Progress Outcomes, which were covered in:

We’re mainly going to use the Scratch programming language. If you’d like to save your work, it’s worth setting up a (free) Scratch account.

Please remember: this isn’t a lesson in programming, just an overview of how programming works.

A quick introduction to variables

While variables aren’t explicitly mentioned in the Progress Outcomes until Progress Outcome 5, we are going to introduce them here because you can’t do much without them. Variables are for storing information you want to use later. Find out more by watching the following video.

The Scratch program used in the above video is available on Scratch: 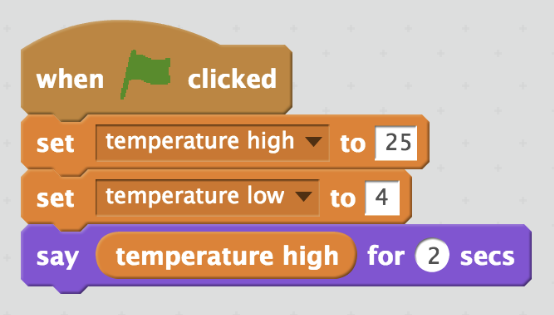 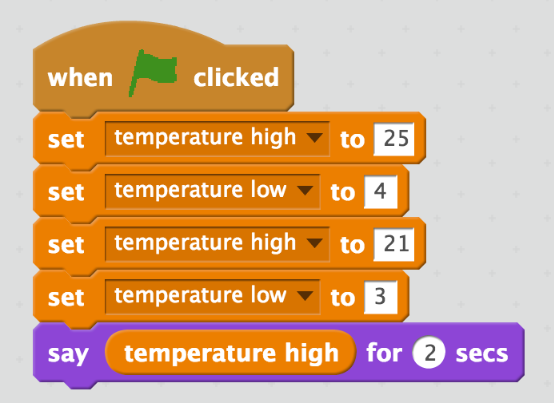 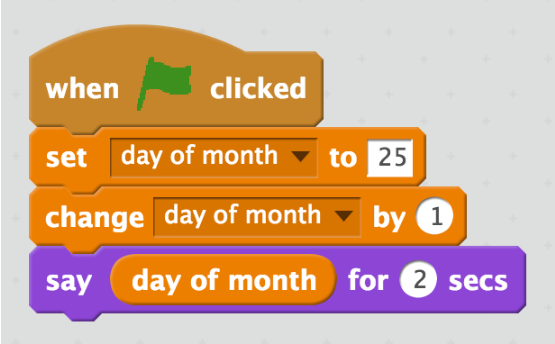 Inputs are how we get information from the user or other external sources into our programs. There are many ways to get input.

In this video we’ll have a look at a few of them that are more relevant in an education setting, using the Scratch programming language as an example.

Programming in an authentic context

In the following video Joanne and Tim discuss inputs in projects done by some of Joanne’s students. It’s a good example of how programming can be integrated practically into other learning areas. The students are in a Māori immersion kura, so the programs are written in te reo. Their programs are related to a field trip to Te Koroneihana (annual Māori monarchy coronation celebrations).

Inputs in other languages

We’ve looked at inputs in Scratch. Let’s look at how input can be done in other languages, in this case, Python and JavaScript. You’ll see how a block based coding language really does scaffold up to more complex languages.

The Python program used in this demonstration is available here:

The simpler JavaScript program can be explored here:

By the way, the unusual URLs are made up by the repl.it site, and are assigned randomly - we didn’t choose to use words like “Guiltware”!

The Scratch program used in the above video is available at:

Programming can also be used to bring Digital Technologies / Hangarau Matihiko into other subjects in the curriculum; in this case it gave students a way to share their experience from a field trip.

If you are working through this pīkau as a group feel free to download and use these facilitation notes:

Some Year 7 students from Te Kura Kaupapa Māori o Te Whānau Tahi in Ōtautahi (Christchurch) kindly spoke about and shared their Scratch projects for this pīkau.